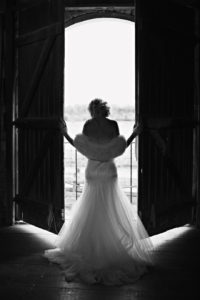 Historic Taylor Barn was designed by an Italian architect and built in 1879 by Eben Baldwin & German masons. The structure is a “banked barn,” meaning that the bottom floor was accessible on only one or two sides. The original farm house (built in 1887) burned to the ground in 1903, but was rebuilt by Eben Baldwin in 1905.

Charlie Taylor grew up on the farm which his family purchased in 1947 and is the current owner with wife, Debi. Charlie and Debi have restored the home and are working to restore the barn to its original beauty. Hand-hewn timbers of walnut, hickory, and sycamore are as good as new and structurally, the barn is in extraordinary condition.

“Eben Baldwin came to Kansas in August, 1867 and settled in Douglas County. First, he bought a farm in Kanwaka Township, but soon sold that property and acquired 160 acres in Wakarusa Township where he remained. Baldwin began in the stock business and gradually added to his herd while improving the quality of his herd. By 1899, Baldwin managed over 800 acres, almost all in the Kaw River bottom lands. He also specialized in breeding Galloway cattle and Clydesdale horses. In 1887 Mr. Baldwin erected a fine residence on his farm and a large granary for corn and hay which utilized twenty-eight thousand feet of lumber in its building. His stone barn, built in 1879 (and still extant), had a capacity of eighty tons of hay, with a stable in the basement with stalls for thirty head of horses.

Baldwin became one of the most prosperous men of his county. In addition to farming and stock-raising, he engaged in railroad contracting. In 1886 he began railroad tax work for the Santa Fe Railroad and has since done all of the work of that kind for the road in Kansas except for its branch in southern Kansas. He also had charge of the grading for the Chicago, Rock Island, and Pacific Railroad in Kansas in association with his brother-in-law, R. W. Gorrill, and employed four gangs of men. Eben Baldwin was a stockholder and director for the Merchants National Bank, Lawrence, and the Lawrence Vitrified Brick and Tile Company.”

Excerpt above from the Historic Kansas Places Registration Form for Robert William and Helen Baldwin Gorrill Farmstead with the Kansas State Historical Society.